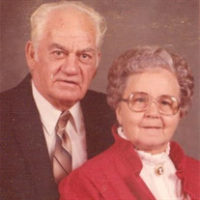 Willie “Biddie” Doyle Wheeling, 96, of Shawsville passed away August 21, 2015. She was preceded in death by her husband of 77 years, Charles Wheeling.

She is survived by many nieces, nephews. Special thanks to her caregivers, Pat Hall, Valerie Whitlock, Nancy Yopp & Brenda Burton and the staff of Roanoke Memorial Hospital.