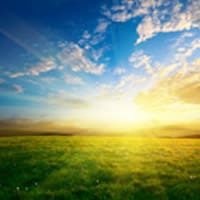 Evelyne DeHart Wheeling, 92, of Radford, passed away Sunday, November 11, 2012. She was a member of Fairlawn Grace Brethren Church and retired from Scotts Run Manufacturing.

She was preceded in death by her husband, William Donald Wheeling. Survivors include her daughter, Teresa A. Wheeling, of Staunton; son and daughter-in-law, Carl R. and Anna DeHart, of Roanoke; grandsons Scott and Dennis DeHart; great-grandchildren Bastion DeHart, Trey McDearmon and Cooper DeHart; special neighbors Roger and Peggy Palmer; and special friends Jack and Lora Morgan, and Keagan and Jayla.

Funeral services will be held Tuesday, November 13, 2012 at 11 a.m. at the Mullins Funeral Home in Radford with Rev. Lester Kennedy officiating. Interment will follow in the Sunrise Burial Park in Radford. The family will receive friends Monday evening from 6 until 8 p.m. at the funeral home.

The Wheeling family is in the care of Mullins Funeral Home & Crematory in Radford. www.mullinsfuneralhome.com.