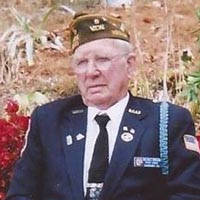 William (Bill) Edward Wheeler, 94 of Narrows, VA went to be with the Lord on Sunday, September 20, 2020 at Roanoke Memorial Hospital. Bill was born on August 5, 1926 in Narrows and was a son of the late Egbert Terrell Wheeler and Ethel Wilburn Wheeler.

Bill was a life-long resident of Narrows, was a WWII U.S. Army veteran serving many places including Japan and was a retired employee of the Virginia Lime Company in Gold Bond. Bill was a life member of American Legion Post #68 and a life member of the VFW Post #6000 both of Narrows. He was an avid outdoorsman who loved to hunt and fish. He will be remembered as a hard worker and a good man.