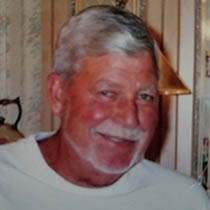 Clyde George (Junior) West, Jr., 76, of Draper, VA died Friday, March 30, 2018 at his home. He was born on May 8, 1941 in Draper and was the son of the late Clyde George West and Otey Duncan West. He was also preceded in death by his daughter, Debra Cox and by his son, Clyde George “Greg” West, III. Mr. West was a driver for Coca-Cola Bottling Co.

A graveside service will be held Wednesday, April 4th at 1:00 PM from the Draper Cemetery, Brown Road, Draper, VA, with Rev. Charles McPeak officiating. Visitation will be held Tuesday at Stevens Funeral Home where the family will receive friends from 6:00 until 8:00 PM. In lieu of flowers the family wishes memorials be made to the Draper Methodist Church.