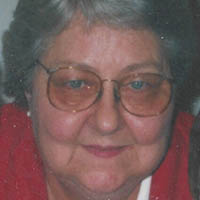 Beverly Ring Wesley, 87 of Narrows, VA, passed away on Thursday, June 3, 2021 at her home surrounded by her children. Beverly was born on October 8, 1933 in Narrows, Va and was a daughter of the late Leo Winston Ring and Katheryn Bane Ring. Besides her parents, she was preceded in death by her husband, Eugene Brooks Wesley, Sr., two sisters and one brother.

Beverly graduated from Narrows High School and then received her B.A. from Berea College in Berea, KY. She spent most of her working years as a director of an inpatient substance abuse treatment center. Beverly touched many lives in her career.

She is survived by one son, Eugene Brooks Wesley, Jr. of Narrows, one daughter, Amy Katheryn Wesley of Charlotte, NC, and one sister, Fran Lefrancois of Garner, NC.

Beverly will be cremated, and a service will be held at a later date.