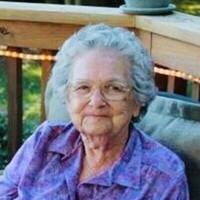 Alta Frances King Weiss, 86, of Fairlawn, passed away Saturday, January 30, 2021. She worked for many years as a CNA. She was preceded in death by her parents, Arnold Robert King and Ella Agee King; her husband, Charles Andrew Weiss, Jr.; and sons and daughter-in-law, Charles Alan and Alice Weiss and Clifford Arnold Weiss.

Graveside services will be held at 12 noon on Thursday, February 4, 2021 in the mausoleum in Highland Memory Gardens in Dublin. Masks are required.

The Weiss family is in the care of Mullins Funeral Home in Radford. www.mullinsfuneralhome.com