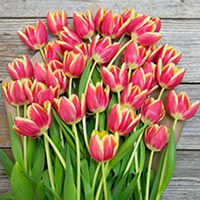 Phylis Ann (Sissy) Weismer, 61, of Dallas Tx, formerly of Narrows, VA went to be with the Lord on Monday, July 13, 2015. Sissy was born on June 1, 1954 in Pearisburg, VA and was the daughter of Carl Jacob Weismer of Pennsylvania and Phylis June Leftwich of Dallas, TX.

Funeral services will be conducted Sunday July 19, 2015 at 2:00 pm with the Rev. Magan Stubblefield and Phylis June Leftwich Weismer officiating with burial following in the Cedar Grove Cemetery in Narrows, (Wolf Creek) VA. The family will receive friends at Givens Funeral Home in Pearisburg Saturday evening from 6 – 8 pm.