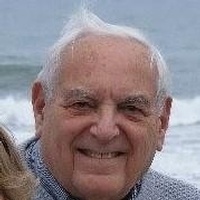 James Melvin Wehler, 89, of Radford, Va., passed away Monday, July 2, 2018. Jim was a retired architect, having practiced for more than 50 years in a variety of settings. Jim spent his childhood in Littlestown, Penn., but served in the U.S. Air Force during the Korean War. During that time, he was stationed in Anchorage, Alaska, which provided a jumping-off point for his lifetime of travels and adventures. He had a life-long passion for airplanes, flying his own for several years, and was also an avid car enthusiast, especially his beloved Alfa Romeos. Jim enjoyed the outdoors, spending many of his days fly fishing, skiing, and gardening. In recent years, Jim was a member of Grove United Methodist Church in Radford, Va. All who met him were greeted with a friendly smile, an easy-going manner, and a joke or two.

Jim met his first wife, Anita, in 1951 and they traveled extensively together, driving across the U.S.A., Europe, and Canada. They lived in many places in the United States, from Alaska to New Mexico to Vermont and beyond. After Anita’s death, Jim met his beloved Ann in 2012 and the two spent their subsequent years together, happy, laughing, and never far from each other’s sides. He was a loving husband, father, and friend.

Jim was preceded in death by his parents, Melvin B. and Margaret “Peg” E. Wehler; his first wife, Anita C. (LaPlante) Wehler; an infant brother; and his brother-in-law, Robert Hensel.

Survivors include his wife Ann King Wehler; daughter and son-in-law, Carolyn Jo Wehler and Adam H. Wagman, and grandchildren, Alanna Marie Wagman, Zachary Alexander Wehler Wagman and Thea Aurelia Wehler Wagman, all of Stow, Mass.; sister, Joann E. Hensel of Lititz, Penn.; stepsons and their wives, Steve and Brenda Cloyd of Dallas, Tex. and Robert and Andra Cloyd of Tampa, Fla.; stepdaughter and her husband, Suzanne King and Norman Seagle of Radford; three step-grandchildren; and many other relatives and friends.

Memorial services will be held at 3 p.m. on Friday, July 6, 2018 at Grove United Methodist Church in Radford, Va. with Rev. Mark Kilbourne officiating. Interment will be private at a later date. The family will receive friends following the service in the fellowship hall.

The Wehler family is in the care of Mullins Funeral Home & Crematory in Radford, Virginia. www.mullinsfuneralhome.com