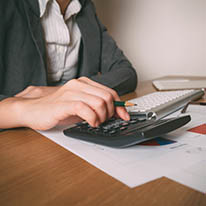 He is survived by his wife of 53 years, Patsy Allen Weeks. In addition to his parents, he is preceded in death by two sons, Marvin David Weeks of Radford, Va. and Michael Paul Weeks of Richmond, Va.

In addition to his wife, he is survived by seven children and spouses, one daughter-in-law and twelve grandchildren; daughters, Sharon and Fleming Jones of Harrisonburg, Va., Sandra Hamblin of Blacksburg, Va., Sonya and Terry Jennings and Sheila and Clifford Nea,l all of Radford, Va., Susette and Robert Sowers of Blacksburg, Va. and Susanne and Lance Huff of San Diego, Calif.; son, Max and Mira Weeks of Stillwater, Okla.; daughter-in-law Patricia Aust Weeks of Pulaski, Va. ; grandchildren, Jessica, Joshua, Julianne, and Jacquelyn Jones, Gabrielle and Matthew Jennings, Zack and Holly Neal, Hailea and Craig Sowers, Gracie and Sydney Huff; one sister Barbara Weeks Bain of Willis, Va.; and several nieces and nephews.

Paul was a graduate of National Business College of Roanoke. He was employed by First and Merchants National Bank in Radford for 25 years, starting out in the Proof Department and working his way up to the office of Cashier. After leaving the bank he and his wife opened a second accounting office, Weeks Accounting Service, in Christiansburg, Va. that he managed until his retirement.

A memorial service will be held approximately two weeks from now during the week of July 22nd at the DeVilbiss Funeral Home in Radford. Further notice will be published. Rev. Terry R. Woodard and Rev. Lance Huff will officiate.

In lieu of flowers, the family asks that contributions be made to either Fairlawn Presbyterian Church Memorial Fund, 6900 Pulaski Ave, Radford, VA 24141 or The Presbyterian Children’s Home of the Highlands, P O Box 545, Wytheville, VA 24382.