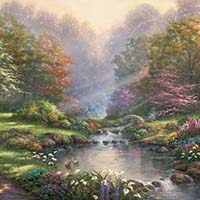 He is survived by his wife of 27 years, Patricia Aust Weeks, who is the daughter of Glen and Peggy Aust of Pulaski, Va. and the sister of Richard and Betty Aust of Richmond, Va. Also surviving is one brother and wife, Maxwell and Mira Weeks of Stillwater, Okla.; six sisters and husbands, Sharon and Fleming Jones of Harrisonburg, Va., Sandra Hamblin of Blacksburg, Va., Sonya and Terry Jennings and Sheila and Clifford Neal, all of Fairlawn, Va., Susette and Robert Sowers of Blacksburg, Va. and Susanne and Lance Huff of Temecula, Calif. One brother, Marvin Weeks, preceded Michael in death. Michael was also the proud uncle of 15 nieces and nephews: Kelly, Emily and Rich Aust of Richmond, Jessica, Joshua, Julianne, and Jacquelyn Jones of Harrisonburg, Gabrielle and Matthew Jennings and Zack and Holly Neal, all of Fairlawn, Hailea and Craig Sowers of Blacksburg and Gracie and Sydney Huff of Temecula, Calif. He also leaves behind two loving and faithful dogs, Brandi and Barney.

Michael was graduated from Pulaski County High School in 1976 and New River Community College in 1978. He was employed by Burroughs/Unisys Corp. for 25 years before his health forced him into disability in 2003. He was a member of Three Chopt Presbyterian Church where he served as Elder, Youth Group Advisor and for many years served on the Mission and Service Committee where he worked with helping the homeless through the CARITAS program. He loved working with the youth program and taking the youth to Montreat, N.C. to attend the Youth Conference each summer. His one dream was to have a church fund to help all church youth be able to attend the Montreat Conferences.

Michael bas been a diabetic since age five and has faced many health battles over the years always with a very positive and up-beat attitude. He was surrounded at death with family and friends and will be missed by many.