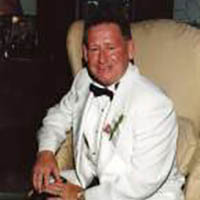 A 1961 graduate of Willis High School and a 1963 graduate of Danville Technical Institute, he served his country honorably from 1964-1966 as a proud member of the United States Army 1st Calvary 14th Artillery Division stationed in Saigon before returning to Willis to work in his family’s business, Weeks Auto Parts and Service. In 1975, he left the family business to open Floyd Small Engines, which he owned and operated until 1984. He retired from Shelor Automotive Group in 2006. He was a member of the Masonic Lodge, the VFW, and the Floyd United Methodist Church. In his spare time he enjoyed cooking, canning, tile design, and playing with his grandchildren. He will be dearly missed by all who knew him.

Funeral service will be held 1:00 p.m. Wednesday, January 30, 2013 at the Floyd United Methodist Church with the Rev. Richard Gregory and Rev. Rhonda K. Hobbs officiating and Military Rites by Floyd V.F.W. Post #7854 and American Legion Post #127. Interment to follow in the Jacksonville Cemetery. The family will receive friends from 6-8 p.m. on Tuesday, January 29, 2013 at the church with a Masonic Service by the Floyd Masonic Lodge #329 beginning at 7:45 p.m.