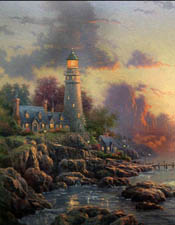 James Cleve Weddle Sr., 88, of Forest Va., passed away on April 2, 2014. Known as JC, he was the loving husband of Marie Weddle for 69 years. He was born in Floyd County on February 26, 1926. He was the son of the late Edwin Andrew Weddle and Mary Bishop Weddle.

In addition to his wife, he leaves his memory to be cherished by son, James Cleve Weddle Jr. and his wife Brenda of Cedar Bluff; and his daughter Patricia Rony and husband Karl of Forest. His siblings include Joel Weddle of Radford, Maye Salyers of Radford, William Weddle of Independence, Edith Johnson of Baltimore, MD, and Luther Weddle of Radford and wife Bonnie. His grandchildren are James Cleve Weddle III and wife Becky, Andrea Weddle, Makayla and Jason Rony. His great-grandchildren are Whitney Dunbar and husband Jacob, Henry Hall, Luke Hall, Clay Weddle, and Seneca Bower. His two great-great grandchildren are Elijah and McKenzie Dunbar. His memory will live on in the hearts of many other friends and relatives as well.

During World War II, JC served his country in the Navy. He worked hard at the Lynchburg Foundry in Radford for 42 years, and was a member of Timberlake United Methodist Church in Forest.

Despite his large stature, JC was a kind and gentle man. He would always go out of his way to help those in need. In his younger years, he was an avid archer and hunter, and he won many archery awards. His generosity included building many homes, decks, and additions while still working full time at the foundry. He was a handy man, and there was nothing he couldn’t fix. After retiring, he turned his gardening hobby into a full time activity. His gardens were big enough to sell at farmers’ markets, and he still had plenty left over to give to others.

The family will receive friends on Saturday, April 5, 2014, from 2-4 p.m. at Horne Funeral Home. His funeral service will follow at 4:00 p.m. in the chapel with Rev. Charles DeHart officiating. Interment will follow at Belmont, Cemetery.