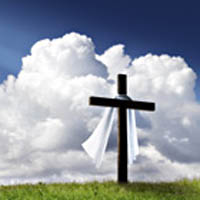 Melva Ruth Webb, 90, of Clairmont, Florida, formerly of Floyd, Va, passed away on May 20, 2009. She was born on November 4, 1918. She was preceded in death by Parents, Harman E. Webb and Ada Pratt Wood; brothers, Hanford I. Webb and Jesse T. Webb; Sister Emazetta Scott Webb; and Nephew James I. Webb.

Miss Webb devoted her professional life as an OMS missionary to Brazil for nearly 40 years.

There will be a graveside service on Tuesday, May 26, 2009 at 10 a.m. at the Slaughter Cemetery with Pastor David H. Webb Officiating. Visitation was held on Monday, May 25, 2009 from 5-7 p.m. at the Funeral Home. In lieu of flowers, donations may be made to the OMS Missionary Society, Box A, Greenwood, Indiana 46142.