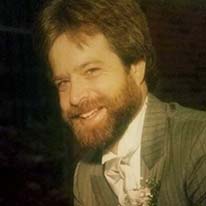 Jerry Edward Webb, age 71 of Richmond, formerly of Pulaski, VA, died Thursday, August 19, 2021 at Bon Secours – St. Mary’s Hospital in Richmond. He was born on February 23, 1950 in Pulaski, and was the son of the late Joanne Richardson Webb and Estel Edward Webb.

Jerry began his childhood membership in the First Christian Church (DOC) in Pulaski, and later in life transferred his membership to the Gayton Road Christian Church in Henrico, Co., where he served as an ordained Elder and served on many chairs in the church. Jerry graduated from the Pulaski High School class of 1968. After going to college, he became an engineer and remained in that profession for many years. Jerry loved his family and friends. His love extended to coaching kids little league baseball games, and was heavily involved with his children’s games. He was named father of the year at the state capital, after his seven year old daughter submitted a letter in a state wide contest telling why she felt he deserved to win this title.