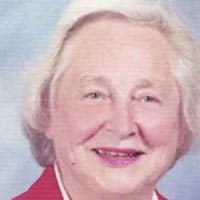 Danielle Marie Josephine Colette Dumont Wattel, a resident of Blacksburg, VA, passed away the morning of April 16th. She was the daughter of the late Mr. Daniel Dumont and Mrs. Germaine Tyberghiene Dumont.

She was born in 1930 to Zaïre and was raised in Brussels, Belgium. She moved to the United States at the age of 26. She made her way to Washington D.C. and became a French teacher for the State Department School of Languages. It was here that she met her husband, Jerome V. Wattel. They married in 1964 in Najoya, Japan where he was serving as vice counsel at the American Consulate. Danielle and Jerry moved from Japan to Darien, CT in 1973 where they lived until 1998. In 1998 they retired to Blacksburg, VA.

Danielle was a dedicated wife and mother. She loved to read and to garden. She was an animal lover and enjoyed her cats tremendously. In her later years she became very interested in politics and spent much time volunteering for her preferred candidates.

She is survived by her children, Helene (Papillon) Tracey of Darien, CT and Elisabeth Swindell of Blacksburg, VA; her sons-in-law, Malachy Tracey and Sam Swindell; seven grandchildren, Michael, Connor, James, Liam, Jack, Cara, and Colette, of whom she was very proud. She was predeceased by her husband of 48 years, Jerry.

A Mass of Christian Burial will be celebrated on Saturday, April 27, 2019, at 10 a.m. at Holy Spirit Roman Catholic Church in Christiansburg, VA. Memorials may be made to The Pregnancy Resource Center, Suite 200, 708 North Main Street, Blacksburg, VA 24060.