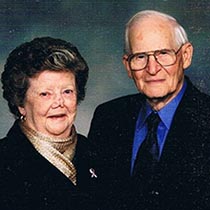 Rennie Nell King Warner, 92, of Eggleston, VA passed away Tuesday, December 9, 2014 at Heritage Hall Nursing Home in Rich Creek, Va. Mrs. Warner was born on May 14, 1922 and was a daughter of the late Frank Wallace King and Grace Mae Stafford King.

Funeral services will be held Friday December 12, 2014 at 2pm with the Rev. Dr. Fred L. Austin officiating with burial following in the Birchlawn Burial Park in Pearisburg, VA. The family will receive friends at the Givens Funeral Home two hours before the service from 12pm to 2pm. Online condolences can be sent to the family at givensfuneralhome.com.