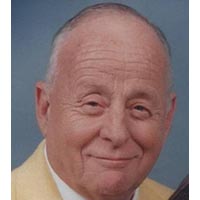 He graduated from Darlington School in Rome, Georgia, where he developed a lifelong love of tennis, winning many amateur trophies over his lifetime. He served two years in the U.S. Army, after which he earned a BA in Psychology at the University of Virginia, and an MD at the University of Virginia Medical School in 1961, followed by a residency in General Practice (later Family Practice) at Norfolk General Hospital, Norfolk, VA.

Dr. Walthall had a long and distinguished medical career from 1963-1995 starting with a solo practice in Dublin, VA. While there, he was instrumental in establishing one of the first Coronary Care Units in rural Virginia at Radford Hospital. His great joy was working with the Virginia Heart Association training health care workers and rescue squads in CPR and Advanced Cardiac Life Support. It was in that service he made many lifelong friends lovingly referred to as “the Heart Group.”

Among his many honors were serving a term as President of the Virginia Affiliate of the American Heart Association, receiving the Bronze and Silver Meritorious Service awards, as well as a Silver Distinguished Service and Leadership award.

Of his career and all the good things in his life he always said, “It’s better to be lucky than smart.”

It was in his retirement years that David found his greatest joy in family and friends. In 1998 he married Vivian Ann Dennis, with whom he shared the happiest years of his life. Known as “Grand-Daddy and Miss Vivian”, they entertained their children and an ever-growing clan of grandchildren, great-grandchildren and friends at their home in Waynesboro, Virginia, where their Christmas celebrations and Fourth of July pool parties were legendary! David also pursued his interest in cooking – a hobby he loved. David and Vivian were active in the Moon and Star Pattern Glass Society, of which David was a past president.

A Celebration of Life service will be held on Saturday, June 15 at 11 AM at Unity of Charlottesville, 2825 Hydraulic Road, Charlottesville, Virginia, to be followed by a reception in the fellowship hall. All are welcome.

Interment will be in Vivian’s family section (JH McLawhorn) of the Winterville Cemetery, Winterville, North Carolina, on Monday, June 17, at 2 PM.

When asked how he wanted to be remembered, he replied, “As a good doctor.” We will also remember him as a loving husband, father, brother, a good friend and, most of all, Grand-Daddy.