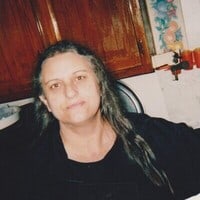 Patricia Ann Robins Walters, 66, of Pearisburg, passed away on Sunday, December 12, 2021 at Skyline Nursing Home in Floyd, VA. Patricia was born on February 7, 1955 in Tazewell County to the late George A. and Shirley Marie Whitehead Robins. Along with her parents she is preceded in death by her brothers, George Robins, Dennis Robins and Randy Robins.