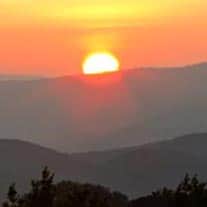 Finally free from pain, James Lee “Jim” Walters passed away peacefully at his on Saturday, March 19, 2022. Jim was born on March 21, 1948 in Montgomery County to the late John Emmett and Edna Dora Walters.

Jim retired early as a supervisor from Food Lion after many years of service throughout Virginia. After retirement he became a loyal and dependable paper carrier for the Roanoke Times for almost 30 years.

In addition to his parents, Jim is preceded in death by his sister, Judy Fay, and brothers Roy, Robert, John Emmett Jr. and Terry.

Left to cherish his memory is his loving husband of 22 years, Darin L. Delancey. Jim is also survived by two wonderful sons Michael Wayne (Kim) Walters of Radford and Calvin Lee (Stacey) Walters of Salem; three beautiful grandchildren that were the light of his life Lyndsey Walters, Christian Walters, and Cameron Walters; a brother John Billy Walters; sisters Betty Light, Barbara Leonard, Grace George, and Francis Walters; his three fur babies Paco, Maxey and Bailey; along with many other friends and family that will miss him dearly.

The family will receive friends on Tuesday, March 21 from 6 to 8 p.m. at Horne Funeral Home in Christiansburg. There will be a grave side service at North Fork Baptist Church on Wednesday, March 22 at 2 p.m.

The family wishes to thank all the hospice nurses for their wonderful care.