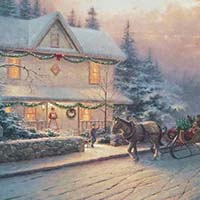 Dorothy Smith Walters of Blacksburg, VA, formerly a long-time resident of Falls Church, VA, peacefully passed away December 13, 2020 on a warm, sunny springlike day at the age of 100.

She was the wife of the late Barney and loving mother to her late son, Keith, her daughter, Laurie, and her two younger sons, Brian, and Stephen.

Dorothy was born on May 1, 1920 in Washington DC to the late Willard and Florrie Smith. She completed two years at Longwood University before marrying just prior to the beginning of the Second World War. Besides being a homemaker and raising four children, she enjoyed gardening, reading, celebrating family get-togethers, and baking her famous banana bread.

She is survived by her remaining children, her son-in-law Richard Shepherd, daughter-in-law Sussi Walters, eight grandchildren, and four great-grandchildren. Enough cannot be said about the wonderful care Dorothy received over the past year from the caregivers of Warm Hearth at Home and Carilion Hospice who made it possible for her to remain in her home.

Due to the ongoing pandemic, a service commemorating Dorothy’s life will be arranged at a more appropriate date.