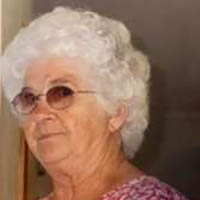 Bula May Walters, of Pearisburg, passed away on Friday, April 16, 2021 at Lewis Gale Montgomery Hospital. Mrs. Walters was born on in Giles County to the late Dewey S. and Agnes Chewning Reynolds.

Along with her parents she is preceded in death by her husbands, Kenneth Holt, Junior Perkins and John Walters, her siblings, Buck Reynolds, Bubbie Reynolds, Bunny Reynolds, Lorraine Walters and Lillian Perkins.

Mrs. Walters was a faithful member of the Mt. View United Methodist Church.

Mrs. Walters is survived by her daughter, Anna Jo Dowdy and husband, Harold of Clarksville, TN. Grandson, Jason Dowdy and wife, Tabitha of TN., her great- grandchildren, Claira, Ella and Eathan Dowdy. Her sister and best friend, Marie Holt and husband Ed of Pearisburg. Special nephews, John and Alvin Holt, and a host of nieces and nephews.

In Lieu of flowers donations may be made to the Anderson Cemetery In memory of Bula May Walters, C/O Dixie Albert 2526 Guinea Mountain Rd. Pearisburg, VA. 24134.

Condolences may be sent to the family by visiting www.kendallfuneralhome.com. Kendall Funeral Home will be serving the Walters family.