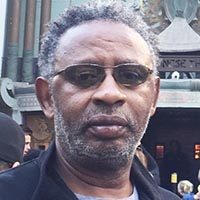 Richard Wilson Walson III, 65, of High Point, N.C., was called home on Thursday, December 26, 2019. He was born to the late Pinkey Black Walson and Richard Wilson Walson, Jr. He was preceded in death by his grandparents, Garland and Sallie Black of Radford, Va.; aunts, Alice Catherine “Odell” Bond and Amy “William” Graves.

He was a member of New Mount Olive United Methodist Church in Radford, Va. Richard worked as Custodial Lead for Guilford County Schools, T.W. Andrews High School. He was an avid sports fan and accepted a football scholarship to Virginia Tech. Richard had a wonderful sense of humor and enjoyed laughing, joking, and spending quality time with family and friends.

Full military honors and memorial services will begin at 12 p.m. on Tuesday, December 31, 2019 at New Mount Olive UMC, 309 Russell Avenue in Radford, where the pastor is Elizabeth King.

The Walson family is in the care of Mullins Funeral Home & Crematory in Radford, Virginia. www.mullinsfuneralhome.com