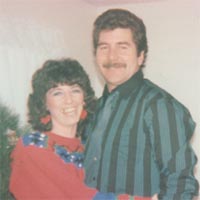 He coached AAU Basketball and Baseball for many years. Special thanks goes out to the boys that made happy memories for him, his son, Joey, Ryan Bowyer, Scott Martin, Travis West, and David Wyatt. After 50 years he still holds the game high record in basketball of 55 points set in 1969 at Auburn High School.

Many thanks to Riner Rescue, the nurses on 2nd and 4th floors at Lewis Gale Hospital-Montgomery, Good Samaritan Hospice, and his sister Candy for all the help and care for him.

Funeral services will be conducted Tuesday, September 17, 2019 at 4:00 pm in the McCoy Funeral Home Chapel with the Pastor Danny Nettleton officiating.

In lieu of flowers memorial contributions may be made to the trust fund for his grandchildren at Atlantic Union Bank.