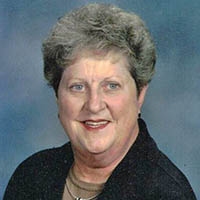 Rebecca Carolyn Hudson Wallace, 79, of Henrico, VA, passed away March 25, 2021 after a short but very courageous battle with lung cancer. Carolyn was born in Pulaski, VA on February 8, 1942 to the late Robert Alfred Hudson, Sr. and Thelma Harrell Hudson. She was predeceased by her loving husband, John Campbell Wallace, and her sister-in-law, Sallie D. Wallace.

Voted “Friendliest” in her Pulaski High School Senior Class, friends and family would agree this was a trait that continued through the rest of Carolyn’s life.

She graduated from Radford College in 1964 where she was an active member of Sigma Kappa sorority. Carolyn taught 6th Grade at Huff Lane Elementary School in Roanoke for four years before moving to the Richmond area. She taught 6th Grade at Elizabeth Holladay Elementary School in Henrico for two years. For many years she was an active member of the Rockville Women’s Club, and she enjoyed traveling and seeing the world with family and friends. Carolyn enjoyed playing golf and loved playing with her Jefferson Lakeside Country Club and City Women golf groups. Carolyn served actively in the Prayer Shawl Ministry and a Vestry member at St. Martin’s Episcopal Church.

A graveside service at Westhampton Memorial Park and a memorial service at St. Martin’s Episcopal Church, both located in Richmond, VA, were held on Friday, April 2.