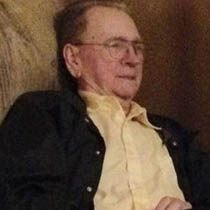 Marl Jennings Wall, 74, of Bluefield, West Virginia, passed away Saturday, April 9th, 2016. He was born in Giles County on May 14th, 1941, and was the son of the late Phlegar Penkey and Thelma Conley Wall.

In addition to his mother and father, he was preceded in death by three brothers, George Wall, Carl Livingston Wall, and Penkey Edward Wall; and a sister, Lola Lucille Clemons.

A true believer in the Second Amendment, Marl was an avid hunter and fisherman, and thoroughly enjoyed life in the mountains, especially on his all-terrain vehicle. He also loved playing checkers and sharing his skill with others. A loving husband, father, grandfather, great-grandfather and brother, he will be dearly missed by his family and many friends.