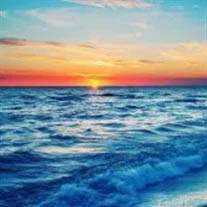 Donald Frederick Walker, 84, of Baltimore, Md., formerly of Pearisburg, passed away peacefully in his sleep on Tuesday, November 9, 2021 after a lengthy illness. He was born in Tralee, W.Va., the son of Aileen Rose Walker and Carl Elmer Walker, the fifth of seven children. He was preceded in death by both parents, by two brothers and a sister, and by his wife Charlotte, who passed away in October 2020.

Don and Charlotte were high school sweethearts and married shortly after Charlotte graduated from the Lewis Gale Nursing program. Soon after Don graduated from West Virginia University’s college of Pharmacy, the couple settled in Pearisburg where he was employed as a pharmacist at McLean Drug. Don and Charlotte had three children, Michael and twin sisters Pamela and Patricia. Don later purchased McLean Drug and expanded it into a successful retail business that also included durable medical equipment, and a Hallmark card and gift shop. He strongly identified with his business and it was there that he excelled at being a salesman and interacting with people. He considered his business success as one of his great achievements and spoke fondly of his life in Pearisburg.

Don had strong interests in small plane aviation, photography and, of course, he loved his cats. He and Charlotte were active church members, both of Pearisburg Presbyterian Church and Trinity Ecumenical Church in Moneta.

After retirement Don lived for 20 years at Smith Mountain Lake. In 2017 Don and Charlotte moved back to Pearisburg, where they lived until last year. Don is survived by his three children Michael Walker of Co. Cork, Ireland, Pamela Mathews of Bel Air, Md., Patti Crothers of Mt. Pleasant, S.C., and two granddaughters, Lindsay and Alaina Crothers, also of Mt Pleasant.

The funeral will be on Tuesday, November 30, 2021 at 10 a.m. at the Pearisburg Presbyterian Church, Easley Street, Pearisburg.