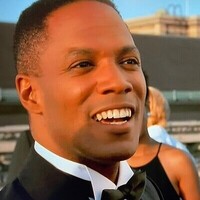 Christopher (Chris) Lance Walker, 61, formerly of Pulaski, passed away December 27, 2021. He is the son of the late Oliver and Annie Mae Walker, Jr. Grandparents are the late Leonard and Mary Williams and the late James Oliver and Isabel Walker.

Chris graduated from Pulaski County High School in June 1978 and later earned a Bachelor of Arts degree from Oberlin College in Oberlin, Ohio. He also attended Temple University in Philadelphia, Pennsylvania for graduate studies. Pursuing an acting career, Chris appeared in numerous stage, television and movie productions. He resided in New York, New York for many years and most recently in Philadelphia.

Chris is survived by his twin sister Caye and her husband Michael; brother Stredrick and his wife Mary; and his sister Olivia – along with other relatives and friends.