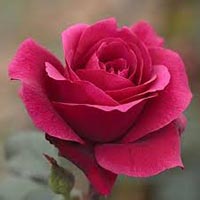 Myrle Waldon, 83, of Blacksburg, Va., died on Monday, October 1, 2007 at Montgomery Regional Hospital. She was born in Iowa on December 18, 1923. She was preceded in death by her parents, Laura and Peter Jerman; seven brothers and sisters; and husband, John Waldon.

She is survived by her sister, Janie; her son and daughter-in-law, Jeff and Sally Waldon; and her daughter and son-in-law, Judy and Jerry Demolet. She attended Our Saviour Lutheran Church in Christiansburg, Va.

Mrs. Waldon came to Washington, D.C. after high school to help with the war effort in 1942. After marrying, she lived in Washington, D.C. until moving to Loudoun County, Va. in 1958, raising two children and working in a law office in Fairfax, Va. After retirement, she moved to Front Royal, Va. until 1999 when shortly after the death of her husband, John, she moved to Blacksburg, Va. and has resided at Warm Hearth Village since then.

A memorial service will be held at the Karr Activity Center at Warm Hearth Village in Blacksburg, Va. on Saturday, October 6, 2007 at 3:30 p.m. The service will be led by Pastor Fred Hodges. In lieu of flowers, memorial donations may be made to Our Saviour Lutheran Church Youth Fund will be gratefully accepted. Arrangements by McCoy Funeral Home, Blacksburg.