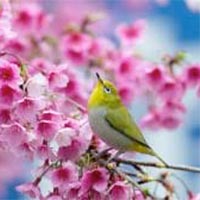 Jack Wakley, 90 of Blacksburg passed away on Tuesday, April 12, 2016 at his residence. Jack was born in Manchester, England in 1925 to the late Henry and Nora Wakley.

Jack received his degree in Electrical Engineering in 1945 and was immediately sent to the Royal Military Academy at Sandhurst, where he was a Captain in the British Corps of Royal Electrical and Mechanical Engineers until 1948. He then married Katharine (Kay) Purdue Wakley, his wife of 56 years, who died in 2004.

Jack’s career as a hospital radiation physicist took him to jobs in numerous countries. He worked in London, England and Pretoria, South Africa, before moving on to the famous Groote Shuur Hospital in Capetown. His two children, Susan and Chris were born in South Africa. Subsequently, he worked in hospitals in Halifax, Canada, Dallas, Texas, Charlottesville, Norfolk and Roanoke, Va., before retiring to Greensboro, NC. He relocated to Christiansburg in 2005. Jack and Kay enjoyed traveling and visited many other countries, especially on birding and elder hostel trips.

The family would like to say a special thank you to The Crossings and Good Samaritan Hospice for their care.

A memorial service will be held on Friday, April 15, 2016 at 2:00 pm at McCoy Funeral Home with Rev. Gary McCoy officiating.