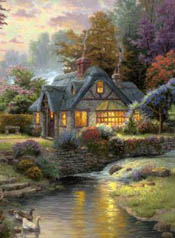 Mary A. Wahl, 88, of Radford, formerly of Beaver Falls, PA, died Tuesday, July 8, 2014 in the Radford Health and Rehab Center. Born March 11, 1926 in Big Beaver Boro, PA, she was the daughter of the late Joseph and Rachel Angelina Pezze Montani. She was a member of First Lutheran Church in Beaver Falls and was active in the quilting circle at the church. She had retired from Tuscarora Plastics Company. She had also been employed at the Salvation Army Thrift Store in Beaver Falls and the Day Break Thrift Store in New Brighton.

In addition to her parents, she was preceded in death by her husband, Bernard Wahl in 1964, a sister Josephine Botti, a daughter, Donna Wahl Montgomery, and two sons-in-law, Samuel McBride and Archie Montgomery.

She is survived by a daughter Bernadette F. McBride of Radford; four granddaughters and their spouses, Rob and Kris Graham, Beth Ann and Roger Freisleben, Brian and Kim Dalimonte, and Raquel Montgomery; eight great-grandchildren; two sisters and three brothers-in-law, Norma and Joseph Galmarini, Joan and John Valentino, and Joseph Botti; and many nieces and nephews.

Friends will be received Friday from 2:00 pm until the time of the service at 4 p.m. in the Hill & Kunselman Funeral Home, www.hillandkunselman.com., 3801-Fourth Ave., College Hill, Beaver Falls, with Rev. Susan Irons officiating.

The committal service will be held on Saturday at 10 a.m. at the Beaver Falls Cemetery Mausoleum Chapel, 2045 Darlington Road, Chippewa Township.

Family and friends should meet at the cemetery on Saturday for the committal service.