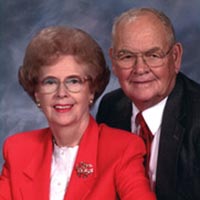 On Thursday, May 13, 2021, Theodore Roosevelt Via Jr. of Floyd, VA, a loving husband and father passed away at age 85. Theodore was born August 2, 1935 in Floyd, VA to the late Theodore and Zelma “Susie” Via. He is preceded in death by his son, Gerald and infant daughter, Susie
Lee.

His passion was his family and taking the grandkids and great-grandkids riding on his golf cart and making his daily rounds through the neighborhood to check on all his neighbors.