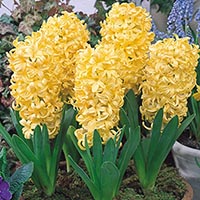 Joyce Marie Via, 76, of Christiansburg, Va., died on Tuesday, January 20, 2009. The daughter to the late John Bentley and Kathleen Wilson Myers, she was also preceded in death by her ex-husband and friend, Jack E. Via; and son, Mark Jackson Via.

She is survived by her sons and daughters-in-law, John E. and Barbara Via, and James R. and Beth Via; two grandchildren, Jack A. Via and William A. Via; brother and sister-in-law, John B. “Tommy” and Annie Myers; cousin and his spouse, Ralph and Nancy Reed, all of Christiansburg; and companion, Richard A. Miller, of Fort Myers, Fla. She is also survived by several nieces and nephews.

In lieu of flowers, the family requests that memorial contributions be made to the Alzheimer’s Association, Blue Ridge of Virginia Chapter, 2728 Colonial Ave., Roanoke, Va. 24015. A private family graveside service will be held. Online condolences may be sent to the family by visiting hornefuneralservice.com. The Via family is being served by Horne Funeral Service, Christiansburg, Va.