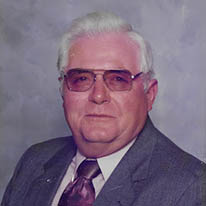 Funeral services will be held at 11:00 a.m. on Wednesday, June 29, 2022 at the Stonewall Church United Methodist Brethren with Pastor Jerry Hylton, Pastor Darren Landon, Pastor Daniel Whitlock, and Pastor Mike Battle officiating. Interment will follow in the Stonewall Cemetery. The family will receive friends from 5 – 8 p.m. on Tuesday, June 28, 2022 at Maberry Funeral Home.