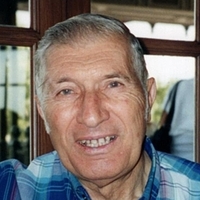 Edward Louis Vest, 88, of Pearisburg, VA, passed away Tuesday, January 5, 2021. He was born November 15, 1932 in White Gate, VA, the son of the late Edward S. & Sadie Mustard Vest. He was also recently preceded in death by his brother, Carl Vest. There have been many other family members pass as well, but notably his grandfather, the original creator and beginner of A. Vest & Sons Funeral Home, Lucian Aurelius Vest, also known as “Uncle Reely.”

Louis was drafted and served in the United States Army and was stationed at Fort Story, VA. He was a member of the Odd Fellows Lodge and a charter member of the White Gate Ruritan Club. He was a lifelong member of Mount Zion United Methodist Church.

The White Gate community is where Louis was born into a family of skill, raised by people with honor and respect, lived a very long life surrounded by a loving family and community that he grew to love and cherish, and passed peacefully away with his loving wife and family members by his side.

As Louis was growing up, he learned the skills of carpentry from his father and grandfather and for many years enjoyed wood crafting work. One of his first jobs in the funeral business was helping his father make caskets. He became a licensed funeral director and continued his journey for 64 years while continuously making improvements to what became the oldest family owned funeral home business in Giles County, VA and loved being able to help the community in their time of loss. His dedication to the families was seen in his work and the care in his heart. Although conditioned to have to do the work, Louis actually loved to garden. He enjoyed the time with his brothers and continued his mother’s tradition of one row of dahlias in the front of the garden alongside the vegetables. Even the community came to enjoy these beautiful flowers when passing the funeral home. “Even though there may be a loss of life, we can plant and bloom yet another beautiful soul.”

Strictly following the current mandated restrictions, masks and social distancing will be required at all services and occupancy restrictions will be followed.

The family will receive friends on Friday, January 8, 2021 at A. Vest & Sons Funeral Home Chapel, White Gate, from 11:00 A.M. until 1:00 P.M. A private funeral service will follow. A public graveside service will follow at the Stinson Cemetery at 2:00 P.M. The funeral home staff will be available to greet visitors on Thursday afternoon and Friday morning prior to published service hours.