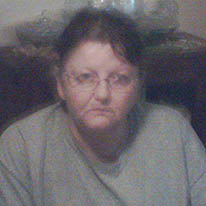 Rosa Lea Sadler Vaught, 60 of Pearisburg, VA went to be with the Lord on Saturday, June 26, 2021 at her home. Rosa was born on October 12, 1960 in Roanoke, VA and was a daughter of the late Junior Levi Sadler and Nellie Merix Sadler. Besides her parents, she preceded in death by one son Darin Neal Neice.

Rosa enjoyed the company of her family and grandchildren.

Funeral services will be conducted, Tuesday, June 29, 2021 at 1:00 pm at the Givens Funeral Home in Pearisburg, VA with burial following in the Birchlawn Burial Park in Pearisburg. The family will receive friends at the funeral home one hour before the service from 12 – 1. Online condolences can be sent to the family at givensfuneralhome.com.