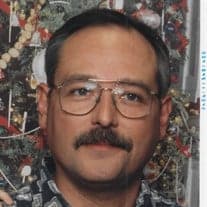 Ronnie Gale Vaught, age 59, of Pearisburg went to be with the Lord on Wednesday, December 22, 2021, at Carilion Roanoke Memorial Hospital. He was born in Radford, Va. on December 20, 1962 to the late Melvin and June Price Vaught Reinemann. He was also preceded in death by his wife, Rosa Lea Sadler Vaught.

He is survived by his son, Andrew Vaught, of Staffordsville, step-daughters, Angie and Tommy Combs, of Narrows, Amanda Donathan, of Pearisburg.

Memorial service will be held at a later date. Arrangements by McCoy Funeral Home, Blacksburg.