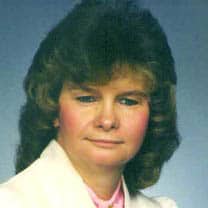 Jane Ellen Vaught (Rodden), 75, passed away on Tuesday, April 5, 2022, at Piedmont Mountainside Hospital in Jasper, Ga., after suffering a heart attack. Mrs. Vaught was born on December 30, 1946, in Norfolk, Va., the daughter of the late James Rodden and Ellen Noreen Metzger (Berrman).

Jane worked as a Weaver at New River Industries in Radford, Virginia for over 25 years.

In addition to her parents, Jane was preceded in death by her husband, William “Joby” Vaught of Pembroke, Va.; her son, David Scott Bryant; her brothers, James, Herman and David Rodden; and her sister, Mary Anna Phillips (Rodden).

A memorial viewing will be held, Saturday, April 23, 2022, at 1 p.m. in the Main Chapel at Highland Memorial Gardens in Dublin, Va.