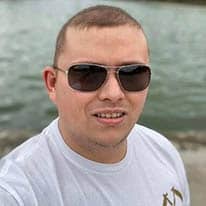 Jacob Tyler Vaughn, 26, of Christiansburg, VA, formerly of Pearisburg, VA went to be with his heavenly father on Sunday, October 24, 2021, at the Carilion New River Valley Medical Center in Christiansburg. Jacob was born on October 27, 1994, in Princeton, WV and was a son of Teddy Raye Vaughn and Deborah Wikle Vaughn.

Jacob was a 2013 graduate of Giles High School. He was employed as a dispatcher at the NRV 911 Center in Christiansburg and enjoyed working and hanging out with his colleagues. He loved to travel to WWE Wrestle Mania Events and playing on his Xbox. In 2012, he was diagnosed with Ehlers-Danlos Syndrome (vascular). Instead of accepting his fate, Jacob lived life to the fullest.

A Celebration of Life will be held at the Giles Country Club in Pearisburg Wednesday, October 27, 2021, from 5 – 8pm. The family has requested everyone to wear casual clothing. Online condolences can be sent to the family at givensfuneralhome.com