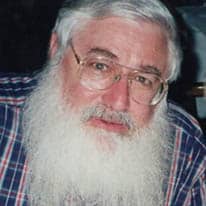 He was a veteran of the United States Navy and retired from the Department of Defense, as a Communication Specialist. Ronald and his wife Earleen were former long-time members of the First Christian Church (DOC) in Pulaski, Va.

In addition to his parents, he was preceded in death by his son, Andrew Michael Vaughan, who succumbed to Covid at the early age of 39, and a brother, Steven Craig Vaughan.

The family will receive friends on Thursday, December 22, 2022 at Seagle Funeral Home, from 1:00 p.m. until 3:00 p.m., followed immediately by the funeral service, which will be officiated by Pastor Edwin Clever. Interment will be held Friday, December 23, 2022 at 10:00 a.m. at Highland Memory Gardens in Dublin. Military honors will be performed by the United States Navy and the American Legion Post #58 of Dublin, VA.

In lieu of flowers, expressions of sympathy may be made in the form of donations to National Multiple Sclerosis Society Blue Ridge Chapter P.O. Box 6808 Charlottesville, Virginia 22906-6808. Online condolences may be sent to the family by visiting www.seaglefuneralhome.com Arrangements by Seagle Funeral Home, Pulaski. 540-980-1700