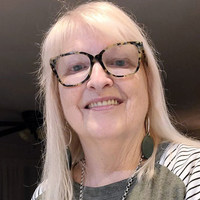 Sylvia Claudette Vass, age 62, went home to be with her Lord on Saturday, February 26, 2022. Born April 3, 1959, she was the daughter of the late Claude and Renie West Carter. She loved spending time with her family and was a beloved mother, grandmother, sister, aunt, and friend. She earned a Master’s Degree in Business Administration and worked as a professor at Bluefield State College.

In keeping with her wishes, she will be cremated. Services will be announced later. Online guestbook can be signed or condolences may be sent to the family at www.broyles-shrewsbury.com. Local arrangements by Broyles-Shrewsbury Funeral Home, Peterstown, WV.