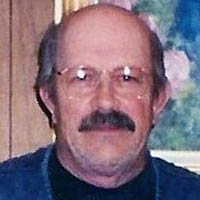 George Edward Vandergriff, 71, of Blacksburg, passed away Tuesday, September 2, 2014. He was born in Chattanooga, Tenn., on January 10, 1943, to the late Edward N. and Dorothy Jarrett Vandergriff. George was a member of the Blacksburg Rescue Squad and Blacksburg Fire Department.

He retired from the Quality Control Department at the Radford Army Ammunition Plant after 35 years of service. He was an avid hunter, fisherman and sportsman, along with being a collector of antiques. He is survived by his daughter and son-in-law, Susan and Earl Spellman, of Decatur, Ga.; son and daughter-in-law, David and Lucy Vandergriff, of Chapel Hill, N.C.; sister, Carol C. Vandergriff, of Blacksburg; and grandson, Jarrett Thomas Green, of Decatur,Ga.

Private family graveside services, where he was laid to rest, was held at Westview Cemetery, Blacksburg on September 5, 2014. Arrangements by McCoy Funeral Home, Blacksburg .