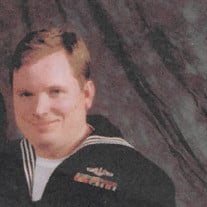 Robert graduated from TC Williams High School in Alexandria, Va in 1980. He joined the US Navy and served 20 years in the submarine force as a Radioman. Robert was stationed in Charlestown SC, Naples Italy, Kingsland/St Mary’s Ga, as well as Groton Ct, several times. While in Ct he served on the USS Alexandria while it was being built, launched, and commissioned. Last submarine he served on was the USS Tennessee. He retired in 2001. Robert had been awarded Navy Achievement Medal (3),Fifth Good Conduct Award, National Defense Service Medal, Sea Service Deployment Ribbon (6), Navy and Marine Overseas Service Ribbon (2), Enlisted Breast Insignia, SSBN Deterrent Patrol Pin. Upon his retirement, Robert ran an eBay home internet business from 2001-2009. He went to work for Western Illinois University in 2010 and lastly worked at Virginia Tech in Blacksburg Va from 2016 to present.

Robert married Marian Sargent Aug 20,1991 and later divorced. Robert is survived by two daughters, Morgan (Jacob) Miller of Sciota Illinois , and Alexandra Vallee of Oquawka Illinois, as well as sister Candace Vallee and brother Scott (Lynn) Vallee of Melbourne, Fl. He was preceded in death by both parents and sets of grandparents.

Burial will be in Southwest Veteran’s Cemetery with Military Honors in Dublin, Va on Friday August 13,2021 at 2pm.