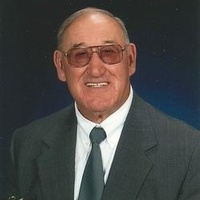 Edgar “Vance” Umberger, Jr. of Radford, VA passed peacefully on the morning of February 20, 2016 at the age of 81. Vance was born in Wytheville, VA, the ninth of ten children of Edgar Vance Umberger, Sr. and Mary Edna Catherine Armbristor Umberger. His six brothers and one sister along with his parents preceded him in death.

A versatile man, Vance was always doing something with his hands. As a boy, he would deliver groceries in Wytheville and later on, he became a lifeguard at Sherando Lake. A family man through and through, Vance chaperoned band trips and coached sports for his daughter Rhonda, and three sons, Kevin, Brian, and Steven. Vance was also a Mason and a member of the Radford Host Lions Club. In the Lions Club, Vance was a fixture every year volunteering at the Christmas tree lot. Known for his ability to turn anything broken into a masterpiece, one could always find Vance building bikes for the local Elf Shelf or painting and repairing all over the town. Vance retired after 34 years working at the Radford arsenal where he finished his career as a Class A Painter.

A humble man, all Vance needed in life was a McDonald’s nearby, Cheez-Its on hand, and a Western on the TV. Along with this, Vance could pride himself with having the best lawn in town – never a brown patch of grass in sight. Most importantly, Vance was a man with a heart so filled with love there was not room for anything else. His exuberant smile and signature line of “Give me some sugar!” could make the worst of days become the best.

Surviving family members include his beloved wife of 36 years, Jean Minard Umberger; daughter and son-in-law, Rhonda and Dwight Lineberry of Snowville; sons and daughters-in-laws, Kevin and Heather Ford of Va. Beach, Brian and Amy Ford of Richmond, and Steven and Corky Ford of Richmond; grandchildren Jesse and Jeremy Lineberry, Will, Riley, Emma, Ben, and Maggie Ford; sisters Loine Umberger of Chesapeake, and Arliene Laws of Toms River, N.J.; and many nieces, nephews, and cousins.

A visitation will take place on Thursday, February 25, 2016 from 5pm until 7pm at the Mullins Funeral Home in Radford. The funeral service will follow on Friday, February 26 at 10:00am at Central United Methodist Church in Radford with Rev. Dale Gilbert and Rev. Don Shelor officiating. Interment will be private.

In lieu of flowers, donations can be made to the Central United Methodist Church General Fund, 803 Wadsworth St., Radford, Va. 24141. The Umberger family is in the care of Mullins Funeral Home & Crematory in Radford. www.mullinsfuneralhome.come.

Vance was a loving husband, father, grandfather, and friend who touched many in his lifetime.