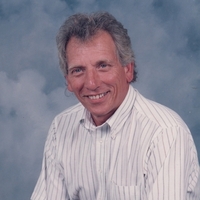 Cecil Douglas Turpin, 73 of Hillsville, passed away on Wednesday, September 16, 2020 at his home. Mr. Turpin was born in Radford, VA to the late Jessie Ray and Ellen Elizabeth Newby Turpin.

In addition to his parents, he was also preceded in death by his son, Cecil Douglas Turpin, Jr., and siblings, Alberta Grace Turpin, William Ray Turpin, Clarence Edward Turpin, and Jerry Randolph Turpin.

Mr. Turpin served in the U.S. Army during the Vietnam era and was a member of the Allison Chapel Church of God.

Funeral services will be held on Monday, September 21, 2020 at Vaughan-Guynn-McGrady Chapel at 4:00 PM with Pastor R. J. Buttery officiating. The family will receive friends at the funeral home on Monday from 2:00 until 4:00 PM prior to the service. Burial will be in the Southwest Virginia Veteran Cemetery in Dublin. In lieu of flowers, donations may be made to Allison’s Chapel Church of God or God’s Pit Crew. Vaughan-Guynn-McGrady Chapel is serving the family.