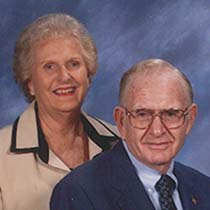 Franklin David Turner, Sr., 83, of Radford, passed away Monday, December 26, 2016 surrounded by his children and grandchildren. He was a member of Gethsemane Baptist Church and a U. S. Army veteran having served during the Korean Conflict.

He worked in maintenance at the Lynchburg Foundry where he retired after 26 years of service. He was preceded in death in February 2015 by his wife of 63 years, Claudine Thornton Turner; his parents, Robert and Mattie Turner; brothers, Robert, Harry, and Bill Turner; and sisters, Ruth Long, June Bullion and Joann Wright.

The family will receive friends from 12 until 2 p.m. on Friday, December 30, 2016 at Gethsemane Baptist Church in Radford. Funeral services will begin at 2 p.m. with Pastor Jerry Gibson officiating. Interment with full military honors will follow in West View Cemetery in Radford.

In lieu of flowers, the family request that contributions be made to the Dementia Society of America – PO Box 600 – Doylestown, PA 18901.
The Turner family is in the care of Mullins Funeral Home & Crematory in Radford. www.mullinsfuneralhome.com