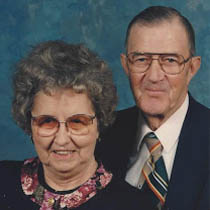 Sparrel Tyler Turner, 95, of Floyd, passed away into his eternal rest March 7, 2016. He was born in Floyd County January 4, 1921 to the late Stant W. Turner and Ella Trail Turner. He was also preceded in death by his wife, Claris Radford Turner and several brothers and sisters.

He retired from Radford Arsenal on February 1, 1983 after 34 years of service. He is a member of Red Oak Grove Church of the Brethren.

The family would like to thank a very special, caring caregiver, Kathy Lingelbach who has been caring for him 8 years.