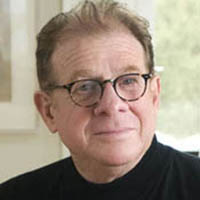 Robert Lewis Turner, 67, of Blacksburg, Va., died on Sunday, October 12, 2014, of complications of lung cancer.Robert, son of William Harrison Turner Jr. and Lula Victoria Turner, was born in Martinsville, Va., in 1947. He was a graduate of Martinsville High School.

In 1972, he received a Bachelor of Architecture degree from Virginia Tech in Blacksburg, Va. Following graduation, Robert moved to New York and apprenticed with noted architectural photographer, Ezra Stoller.In 1974, Robert moved to Chicago to join Skidmore, Owings, and Merrill, where he became the youngest partner of the firm.

In 1987, he moved to London, England, where he lived for 12 years serving as Director of the London office of SOM. At age 50, he retired from SOM and moved to Paris, France, where he worked for 15 years as an independent design architect for Chris Holloway with Capital & Continental.

In 2011 Robert moved back to the home he designed overlooking Paris Mountain in the Catawba Valley, near Blacksburg, Va. Robert received the 2014 Distinguished Achievement Award from Virginia Tech, which cited his “personal drive and skills as a leader and architect, with a renowned international portfolio of work throughout the United States, England, Egypt, India, Germany, France, Portugal, Jordan, Korea, Sri Lanka, Corfu, and Africa.” Robert was honored by the President of Portugal for the design of the Utopia Pavilion in Lisbon, Portugal.

He designed the master plan for the Canary Wharf Development in London, which reclaimed the docklands and provided the site for one of London’s major business and financial districts.

Robert is survived by his brother, William Harrison Turner III, MD, and his wife, Martha, of Greensboro, N.C.; and his global family of friends.

A celebration of Robert’s life will be held at later date at his home in Virginia.

Memorial donations may be made to the Virginia Outdoors Foundation, 39 Garrett Street, Suite 200, Warrenton, VA 20186 or to a charity of choice.

Online condolences may be sent to www.haneslineberryfuneralhomes.com.