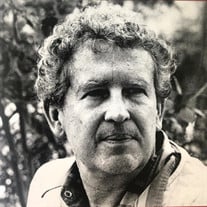 On June 29, 2021 the renaissance man who was Dr. Robert (Bob) Griffith Turner, Jr., Ph.D. departed this world ending a fascinating journey through life. Bob passed away peacefully in his Blacksburg home surrounded by family. February 12, 1938 – June 29, 2021

The son of Robert Griffith Turner, Sr. and Jans Deahl Turner, Bob was born at Schofield Barracks in Oahu, Hawaii on February 12, 1938. Later in life he laughed when he told his children that the sign on the hospital ward where he was born said, “No Children Allowed.”

Bob grew up in an Army family and moved many times during his childhood. Along the way, he was able to earn numerous boy scout badges, compete in track, swimming, fencing and gymnastics, and to develop a love for minerology, art, and reading.

He was a citizen of the world, exposed to many cultures and places including spending his formative high school years in Columbia, South America and attending a German high school. He attended Randolph Macon College where he competed in Cross County and swimming and was a member of Theta Chi. Thereafter, he earned a Masters Degree in Science and his Ph.D. in Philosophy from Virginia Tech. He was a member of Phi Kappa Phi. He was also a veteran, having served honorably in United Stated Army.

His working life was extremely varied including working in Columbian oil fields as a teenager, teaching 7th grade science, owning and publishing a magazine, writing a newspaper column, writing plays, academic texts and novels as well as teaching at both Radford University and Virginia Tech. His diverse experiences and extensive study of anthropology, sociology and psychology led him to be deeply passionate about humankind as well as the environment.

His published works include. “The Fire and the Rose” (HarperCollins 1996), “Blackberry Summer” and “Nearvanna”. His play, “Elves” was produced and performed at the Christiansburg Community Theatre.

Services and interment are private.