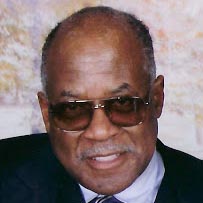 Donald was retired from Texaco Oil Company and the Newark Board of Education in New Jersey after many years. He was born and raised in Orange, New Jersey and received his education in the Newark School System.

Graveside services will be held at 12:30 p.m. on Monday, March 23, 2020 at the Little River Cemetery with Rev. Clinton Crump officiating. The family will receive friends from 10 a.m. until Noon on Monday at the Maberry Funeral Home Chapel prior to the graveside service.