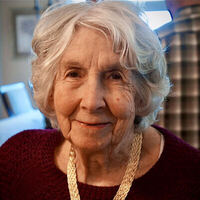 Barbara Louise Duncan Turk, 87, of Radford, Va., and native of Reading, Pa., passed away Wednesday, September 16, 2020. She was preceded in death by her husband of 59 years, the Honorable United States District Court Judge James Clinton Turk of Radford, Va. and her parents, Malcolm and Marguerite Duncan.

Barbara was an active member of the NRV P.E.O., Radford Women’s Club, Radford Community Hospital/Carilion NRV Medical Center Volunteer Program, Radford Rotary Club, NRV Community Chorus, and the First Baptist Church, where she was an avid member of the choir. She served Radford University in numerous positions including the Board of Visitors, Foundation Board of Directors, Arts Society, Athletic Association, and countless other volunteer leadership roles. Barbara also served on the Board of Visitors for her alma mater, Southern Seminary, as well as the Board of Directors for Saint Alban’s Foundation and Carilion Hospital. Barbara had a strong faith in God and was active in the church community, rarely missing Wednesday night church dinners and service. She was deeply devoted to her children, their spouses, and many grandchildren and great grandchildren. Barbara also enjoyed participating in her birthday club, attending her weekly bridge club, watching ACC basketball, traveling the country and world, and spending summers at her home on Claytor Lake.

A private family service will be held in her memory.

The Turk family is in the care of Mullins Funeral Home & Crematory in Radford. www.mullinsfuneralhome.com.